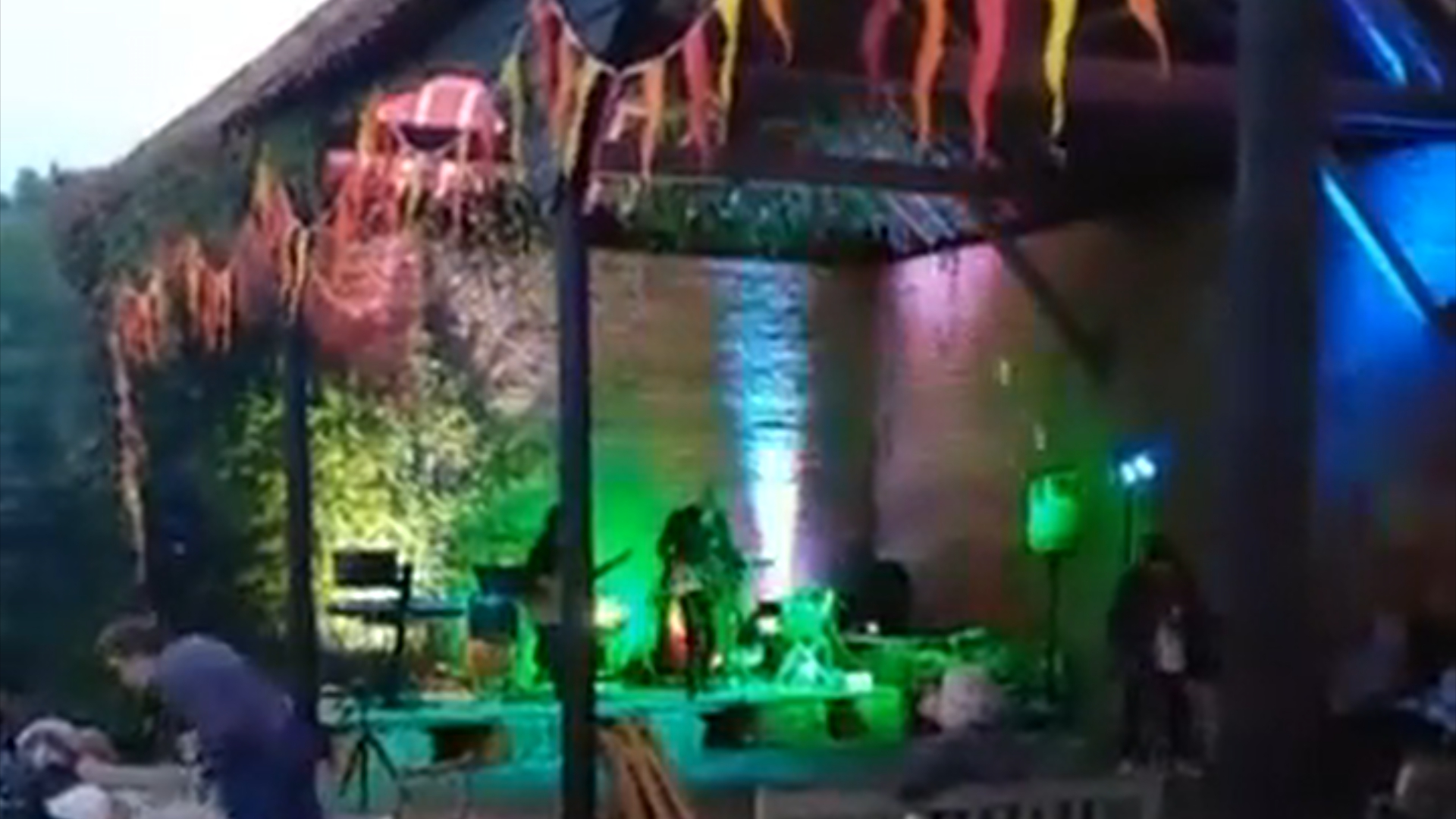 Does the sun always shine on Watersplace Farm?  It has done for the three “Vicar and Friends” gigs, and it did again on Friday for the Friends of Wareside Church’s “Rock in the Barn” event.

David Goodman opened proceedings with his keyboard – playing a range of well-known tunes, some as solo piano pieces and some with more complex synthesiser accompaniment.  He was joined on stage by “The Vicar”, Mark Dunstan, who sang about Handbags and Gladrags and our Wonderful World, as well as surprising one or two in the crowd by hitting the high notes in Billy Joel’s “Piano Man”.  Then it was time for the main attraction.

Mario and Cymbeline took to the stage amidst much anticipation and did not disappoint.  With powerful backing tracks, their two guitars and vocal harmonies filled the barn with the strains of well-loved songs from across the decades.  Younger revellers will have recognised Ed Sheeran in the mix, while those of an older generation were treated to The Beatles.  Mario’s virtuosity as a guitarist became quickly apparent, but perhaps shone nowhere more brightly than in the song he dedicated to his dear friend and fellow musician, Keith, lost earlier this year to Covid19 – Parisienne Walkways by Gary Moore.

As the night drew in, one or two gathered round the fire-pit for a bit of extra warmth while others raised their temperature by taking to the dance floor.  Just as voices were raised in song, arms were raised in celebration.  Faces were lit up, not only by the coloured light reflecting from the stage, but with the joy of music, of life and of friendship.

With tickets sold at the ridiculously low price of only a fiver each, this was not so much a fund-raiser as a community celebration – an expression of hope that a life beyond Covid is possible.  The gathered crowd went to their homes happy and hoarse.  (It was a loud evening!)  We all look forward to the next time the Barn is opened and more quality musical entertainment is unleashed!